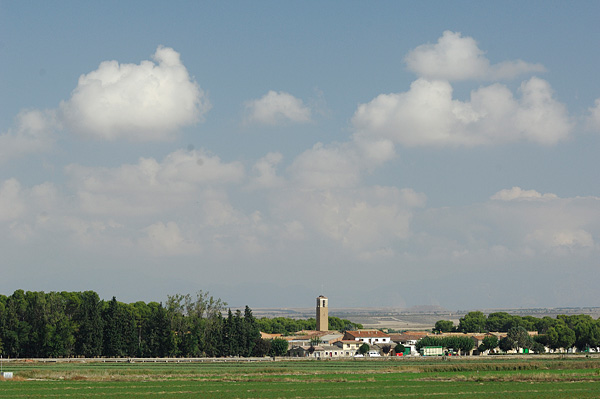 A mere five kilometers separate this village from the town of Almudévar.

The village was built in 1957 by architect José Borobio, part of the Franco regime’s ambitious repopulation project implemented through the National Institute of Agrarian Reform and Development. 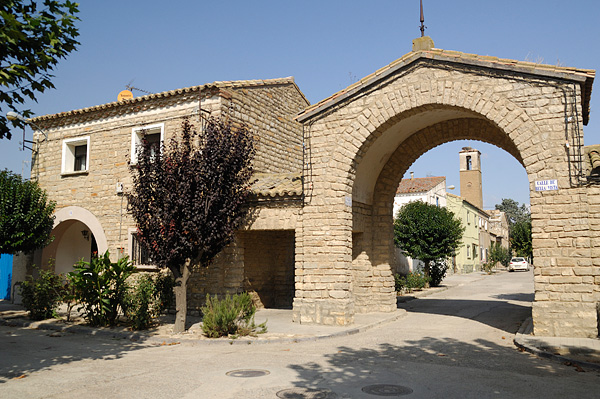 Its Parish Church of San Antonio stands at the center of the village. Interestingly, the church is attached and connected to the former schools.