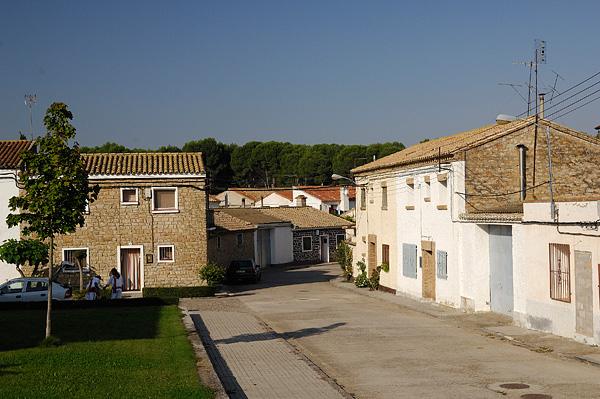 Like Valsalada and Artasona, San Jorge is a village built by Zaragoza architect José Borobio as directed by the National Institute of Agrarian Reform and Development in 1957.

The layout follows the established canons for these villages: church and plaza in the center, houses designed for agricultural activities, and an extensive pine forest surrounding the village. 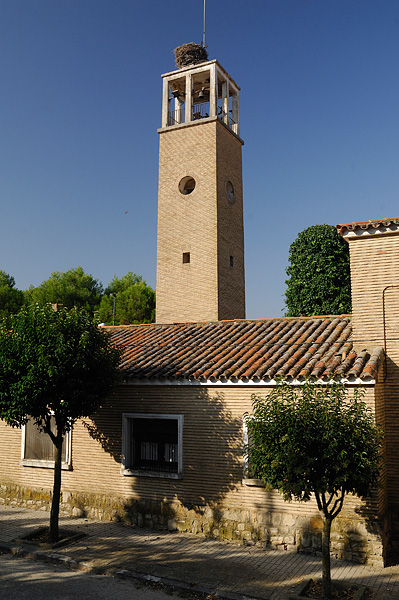 The brick-faced church is dedicated to St. George and the patron saint festivals are celebrated on April 23rd in honor of the saint after which the parish and the village are named.

Not far from the church of St. Jorge is the Chapel of the Virgen de la Violada (name derived from the Vía Lata), located on the Zaragoza road, on top of a hill repopulated with pine trees and featuring a unique circular layout.

The village is home to a number of surprises for visitors: the former plaster manufacturer, the silo, the old schools, the water wheel, as well as an interesting trail from an historical point of view: one of the largest concentrations of trenches from the Spanish Civil War in the entire region can easily be reached from San Jorge. These trenches are located on Monte Pilatos and have their own marked trail. 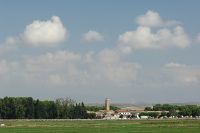