Alerre is tucked between La Violada and La Sotonera plains.

The hamlet was built on the slope of a small hill and features outstanding examples of historical noble architecture.

At the heart of the village is the parish church dedicated to James the Apostle, which is annexed to the magnificent tower from the Middle Ages. The village has enhanced this late medieval-style lookout by turning it into a Costume and Footwear Museum. The viewpoint and museum houses local, national, and international treasures of significant enthnological value. The costumes, footwear, fans, and hats on display were acquired by diplomat Tomás Moyano on his travels around the world. Given his emotional relationship with the village, he decided to bequeath the collection to the village for public display at this historical site. 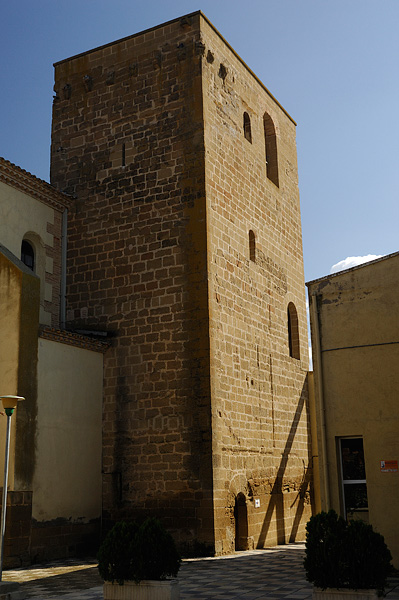 As a point of interest, tradition has linked the village with the "Siete Lugares (Seven Places)", that is, villages that swore their loyalty to the Chapel of Loreto, an ancient Roman "fundus" where legend has it that Saint Lawrence, one of the seven deacons of Rome and a martyr, was born.

Alerre celebrates its festivals in honor of two important saints: St. Sebastian on January 20th and St. James in summer, on July 25th.