Ayerbe has historically played a role in commerce as a crossroads and meeting place. This tradition continues today, and the town is considered the hub of an entire area called the “Reino de los Mallos” (Kingdom of Mallos).

Visiting Ayerbe is to discover its magnificent square where the impressive Palacio de los Urriés (15th to 17th century) awaits. Although this building is one of the town’s most iconic, there are other Aragonese Renaissance style noble houses in Ayerbe, like the “Casa de los Luna” and the “Casa Normante”. 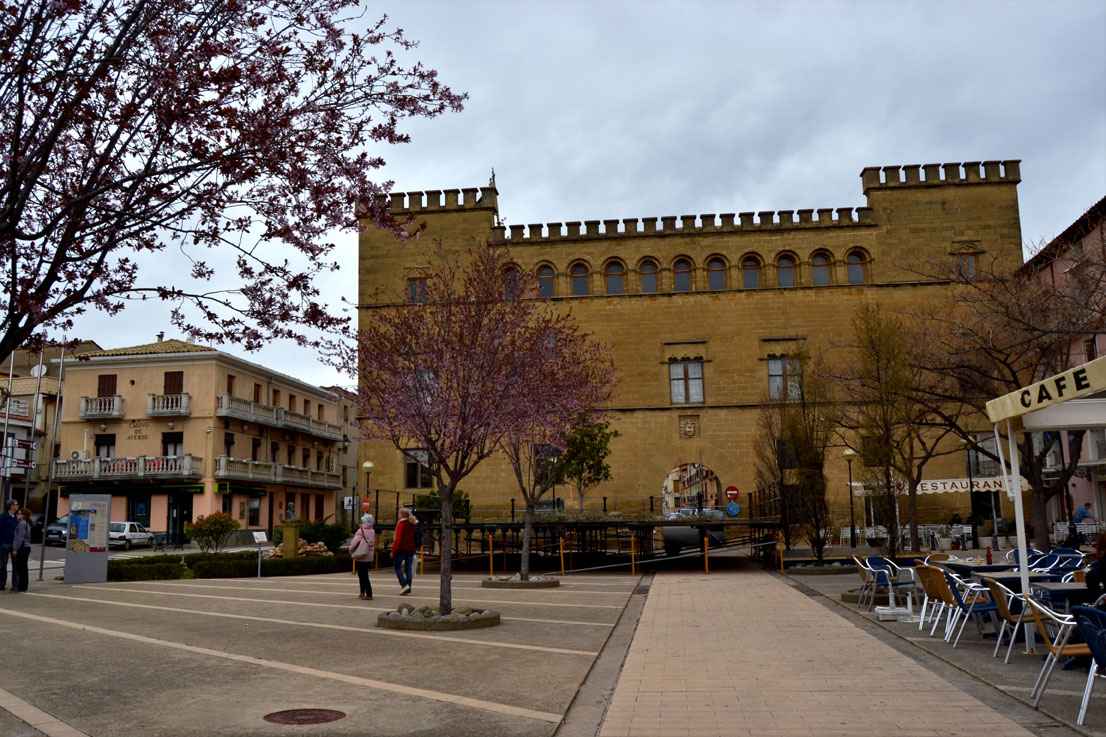 The historical center of Ayerbe, located around the “high” Plaza Aragón and the “low” Plaza de Ramón y Cajal, gravitates towards the Palacio de los Urriés and the clock tower, a public bastion built in 1798 both for the residents and to distinguish the village.

And speaking of towers: Ayerbe is unique in that it has a church with no tower, a tower with no bells, and a bell with no clock…

The Church of San Pedro at the entrance of the town, built from the 16th to 19th centuries, features a beautiful 17th-century doorway. 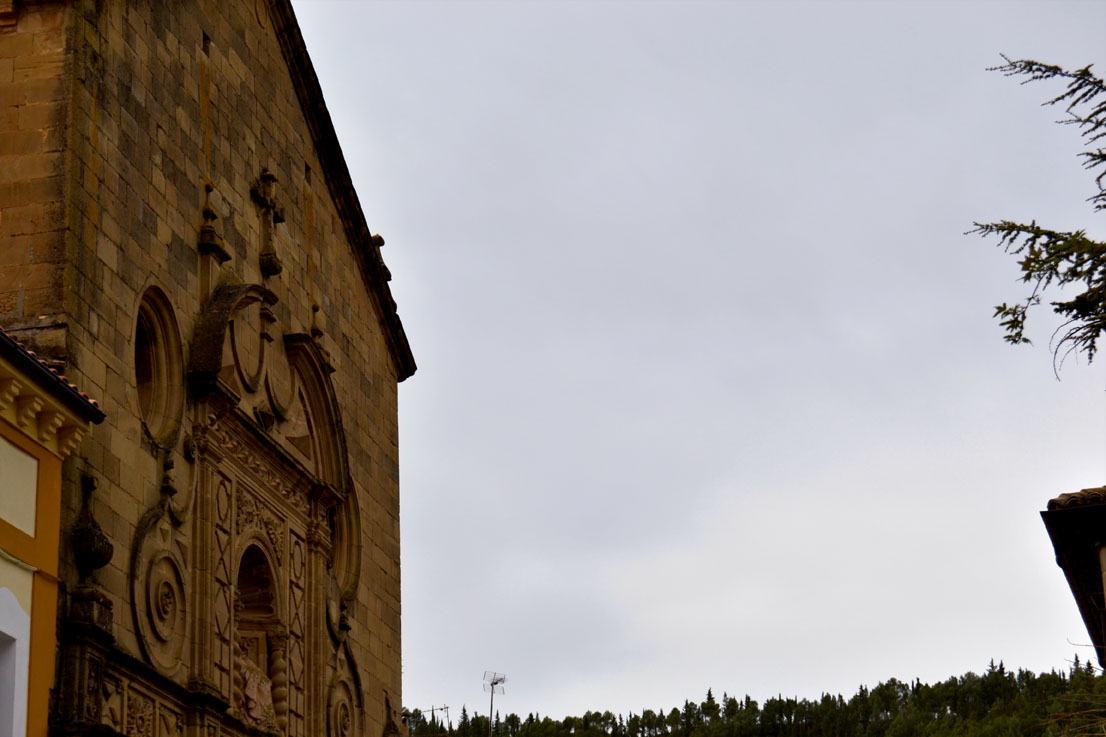 On the other side of the town, almost at its end, we find the beautiful Romanesque San Pedro tower, a 12th-century Artistic Historical Monument and the only remaining trace of the town’s original church.

The Ramón y Cajal Interpretation Center is located on one of the town’s main streets in the former house where the prominent Nobel Prize winner who was born in Petilla de Aragón lived for a period during his childhood. The ground floor of the center also functions as the local Tourism Office. 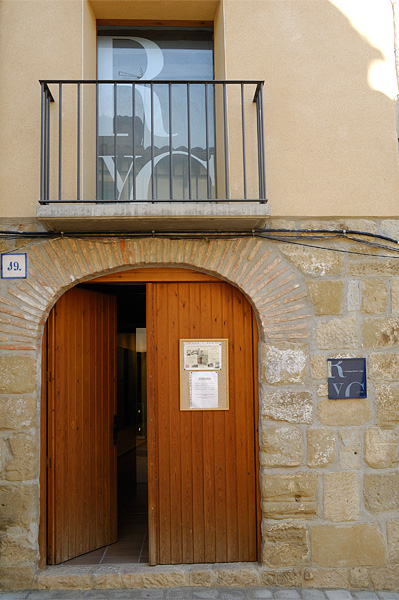 Outside of town you can visit the Fuente de los Tres Caños, in the direction of Riglos, and the Sanctuary of the Virgen de Casbas, in the direction of Biscarrués. The latter dates from the 18th century and conserves a complete iconographic set of mural paintings inside. It can be visited and a stroll around the outside and inside of the church is well worth the trip.

The Chapel of San Miguel, a bit farther from town, stands guard over Ayerbe from the top of a hill. This Romanesque church was expanded during different periods leading up to the 20th century. 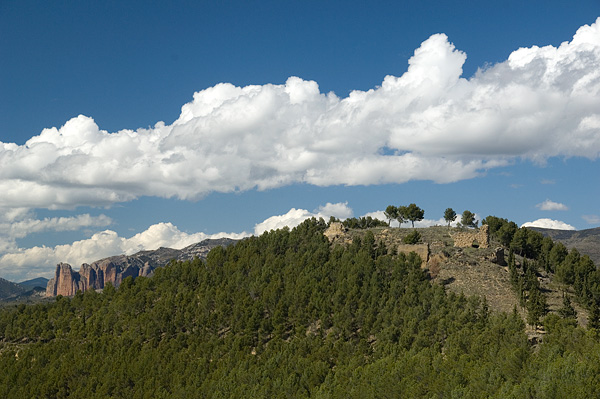 Ayerbe’s annual festival calendar is packed with a range of options. The town organizes bonfires on the last Sunday of January in honor of St. Peter; the pilgrimage to the Virgen de Casbas takes place on the first Sunday of June; and the town’s main annual festivals are on September 8th in honor of St. Leticia, in a celebration that includes a Gigantes y Cabezudos (Giants and Big Heads) exhibition and the “bulls of fire”. The Enclavación, a reenactment of the Crucifixion of Jesus Christ that culminates with the Rompida de la Hora (Breaking of the Hour), declared a Festival of Tourist Interest in Aragon, is a can’t-miss event during Easter Week. 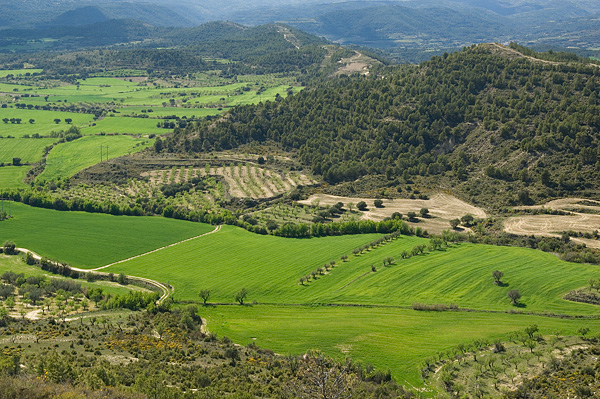 As the region’s commercial hub and given its models for driving the region forward, Ayerbe is a town that never stops. Proof are the Pre-Pyrenees Rural Alternatives Fair, the Mycological Days, the Short Film Competition, the Renaissance Fairs…along with a host of events that make the town an outstanding place to visit.