The Parish Church of the Transfiguración del Señor dates from the 16th century but its tower was built in the 18th century. 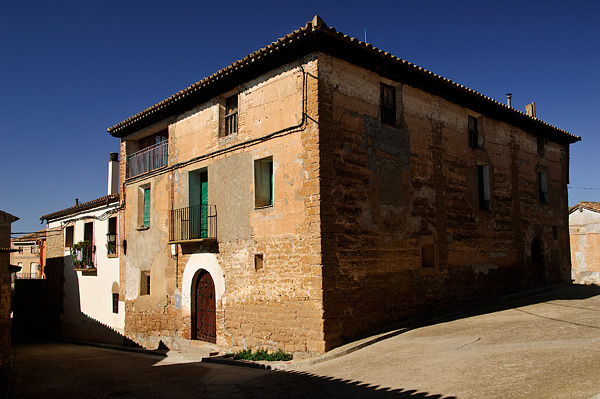 Fans of the Romanesque will find the remains of the Chapel of Nuestra Señora de Salillas (or Saliellas) nearby. Only the sanctuary of this small chapel, built in the lat 12th or early 13th century, remains. It is popularly known as “Iglesieta de Los Moros (Little Moorish Chapel)”. It also has anthropomorphic tombs carved into the surrounding stones, evidencing the village’s ancient past.

Also nearby, but not quite as old, is the Chapel of Torrolluelas, a rectangular chapel with a single nave that enhances the already scenic landscape.

Junzano is part of one of the most charming mountain biking trails in Hoya de Huesca: the Valle de la Gloria.

The village celebrates its annual festival 40 days after Easter Week.