Sarsamarcuello is located on an increasingly steep and rugged terrain.

Its street map adapts to the irregularities of the land, as does its 18th-century Parish Church of San Nicolás de Bari; there are some spots around the perimeter of the church that are difficult to cross.

The village features several 16th- to 18th-century country houses like the “Casa Abadía”, built with arched twin windows that are now covered.

A trail to the spectacular “Mirador de los Buitres (Vulture Lookout)” can be taken a few kilometers from the village; this is an accessible space where visitors can bird watch or simply enjoy the enveloping landscape, dominated by the Riglos, Peñarrueba, and Omen mallos. 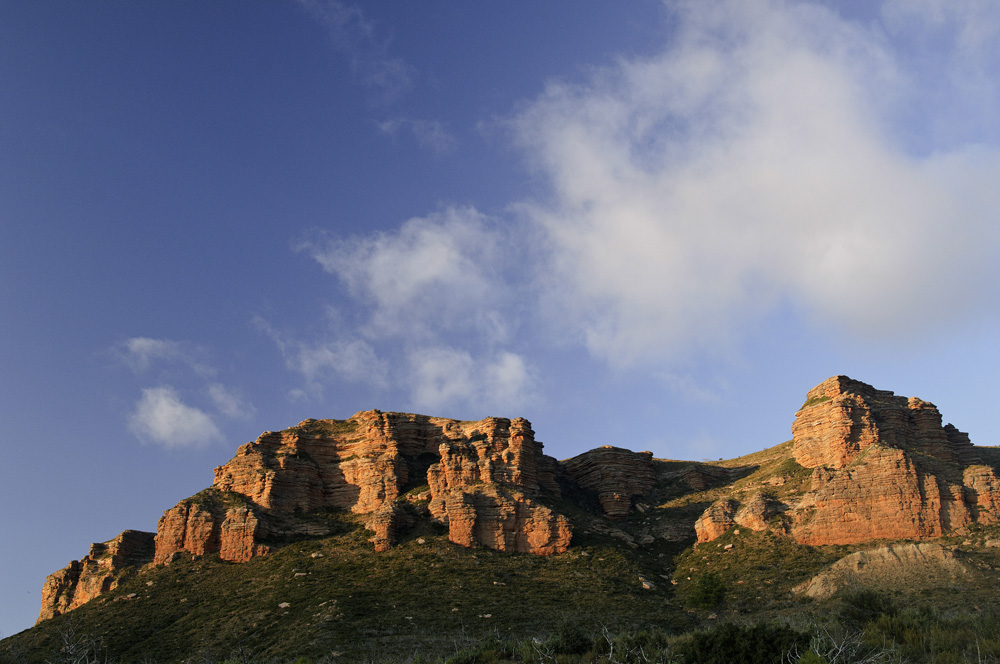 Visitors must pass through the wall of the Marcuello Castle, no longer standing, before reaching the viewpoint; the castle was formerly part of a primitive line of defense that Sancho the Great, King of Pamplona, devised in the 11th century ​​and which formed a geographical group with those of Murillo, Agüero, Ayerbe and Loarre.

Near the Marcuello Castle is the Chapel of San Miguel, of which only the front of the traditional 11th-century Romanesque-style building remains, and the Chapel of Nuestra Señora de Marcuello, in which additions from different eras and styles can be seen.

Sarsamarcuello is also a mandatory stop on the Camino de Santiago (Way of St. James) as it passes through Hoya de Huesca.