The quaint village of Salillas is found on the slopes of a small rise above the Guatizalema River. 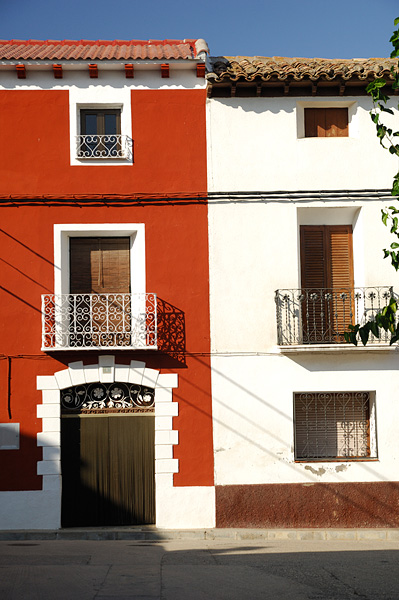 At the entrance to Salillas is the village’s former ice house, a traditional structure in the region where ice was kept for the summer season; sometimes these storage facilities are cavities carved out of rock or hillside, others are free-standing structures made with bricks and no mortar that cover a space dug out of the ground. In Salillas, the ice house was carved out of the rock and may be of 15th-century Moorish origin. The peculiar interior vault, supported by crisscrossed arches, is striking.

The village’s Parish Church of Santa Ana is a Gothic-style building.

The Palacio de Marqueses de Montemuzo is located in one of the village’s main square; this stunning mansion boasts a Renaissance façade that bears the Pomar family coat of arms (16th century). The building was built over a former castle, the tower of which can still be seen today.

The village celebrates its major festival on July 26th in honor of St. Ana; other minor festivals are held on May 26th to honor St. Felipe Neri, and bonfires celebrate St. Blaise, St. Fabian, and St. Sebastian throughout the year.