Visitors to Ayera will find that there’s more to the village than meets the eye.

The hamlet surrounds the Church of San Miguel, designed in a Latin cross layout and topped with a done above the transept and a vaulted lunettes ceiling above the rest, creating a typical 18th-century structure. 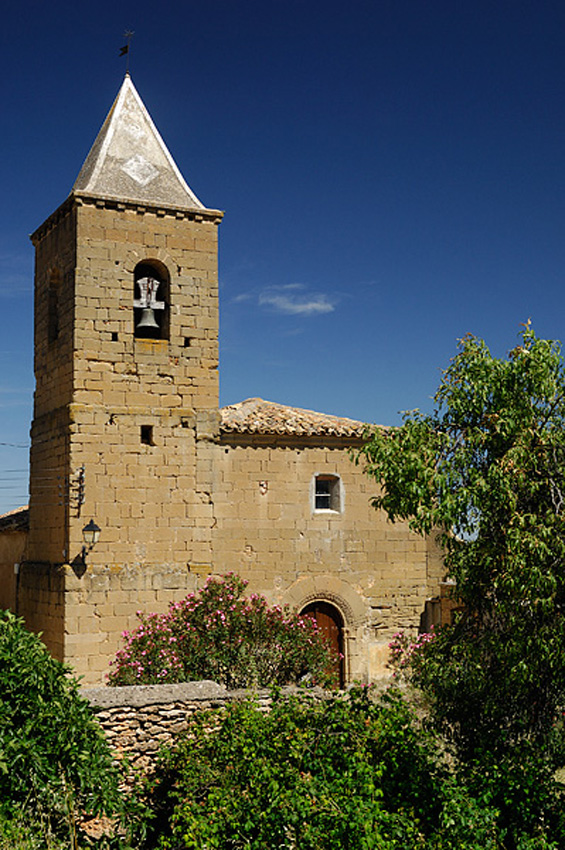 Just 200 meters to the northeast is the Chapel of San Esteban, also known as the Chapel of San Fertús. It is a simple medieval building that conserves several pointed arches made with solid ashlar voussoirs. Worth mention are the nearby anthropomorphic tombs, laid out in an east-west direction commonly used during the Reconquista.

Using the chapel as a starting point, visitors can reach what is called the “Piedra de los Moros”, located about 1,500 meters north/northeast of the village along the trail that passes to the west of the Chapel of San Esteban. This rocky outcrop has been carved by the elements over time, giving it a phallic appearance; it emerges between fields of grain and is surrounded by holm oak woods halfway between Ayera and Castilsabás. The rock has been linked to esoteric rites associated with fertility, and inside there is room enough for just one person to squat.