Crags, towers, mallets and other rocky outlines create some of the most emblematic and photogenic landscapes in La Hoya de Huesca. The steep and vigorous forms have been sculpted by unimaginable centuries of erosion, which has responded to the different natural elements and resistance of the rocks in the area. The hard conglomerates in the mallets and the sandstone on the southern mountain ranges have all been modified by the whims of the water and the wind. Don’t forget to visit the challenging and incredible mallos de Riglos (Riglos Mallets), a world class climbing location; or the appealing Salto de Roldán, with two large crags that act as a huge gateway that lets river Flumen flow into the plain of La Hoya; or the evocative Peña del Mediodía which towers up 25m over the locality of Piracés. There are many legends that explain these peculiar rocky shapes. Such as the weaving witch of the mallets or the legend of the knight of Roldán, who escaped from the Moors when his horse jumped over the two huge crags. 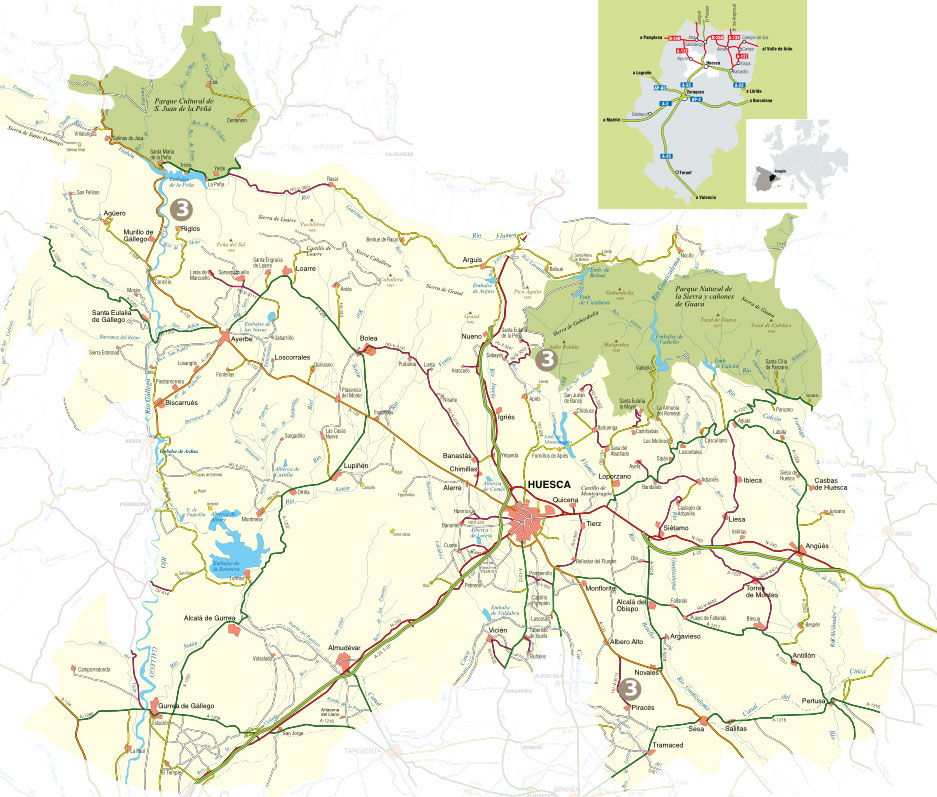