Located at the foot of the pre-Pyrenean mountain ranges, atop rocky summits or hilltops, stand two of the most important fortresses in Aragon: the Castle of Loarre and the Castle-Abbey of Montearagón, in Quicena. Their strategic location and history date back to the 11th century, when they were founded by Aragon monarchs to counter the Muslim border and to assault the city of Huesca. Despite the range of avatars, both preserve their military and religious framework –walls, towers, watch towers and keep, guards, courtyards, churches–, and other areas –cistern tanks, store rooms, kitchens, stables–, which reveal what life was like in medieval castles. Furthermore, Loarre is the largest Romanesque military complex in Europe and, therefore, in the world. Thus, this construction has often been used for documentary purposes and featured in major movies, such as Ridley Scott’s The Kingdom of Heaven (2005).

Located on the skirts of the Guara Mountain Range, the Santa Eulalia la Mayor watchtower stands over the canyon of river Guatizalema and played an important role during the Reconquest. 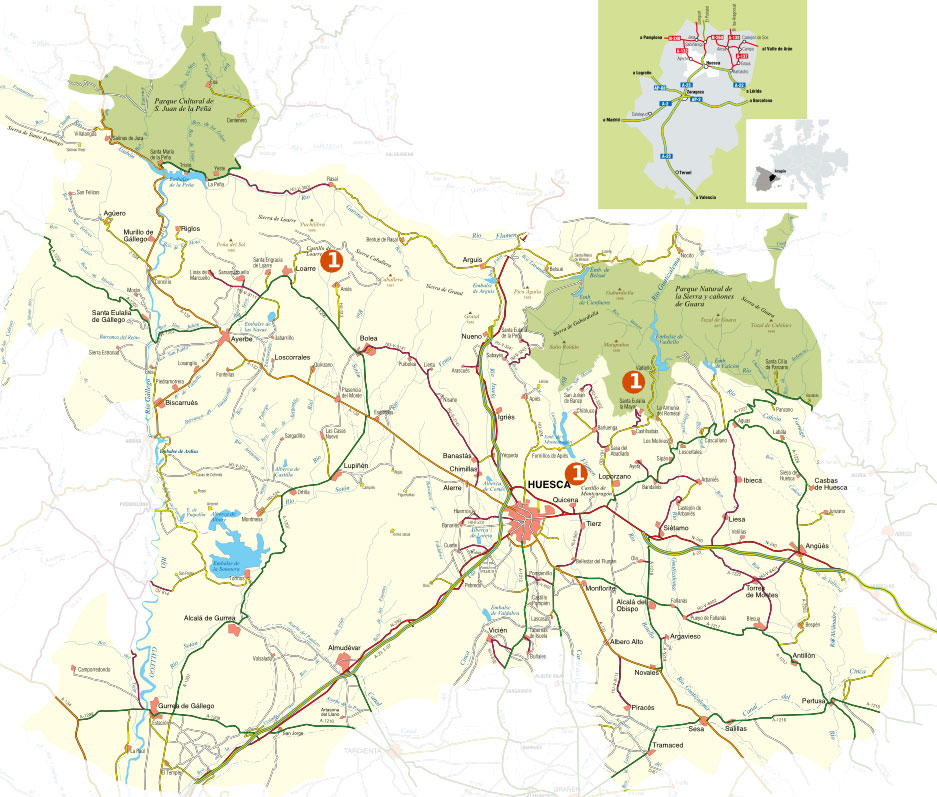