The wetlands, reservoirs and lakes are one of La Hoya’s greatest attractions. These locations create exceptional habitats that preserve the biodiversity of the area. The most notable is Alboré, located in Montmesa, a lake that is currently part of the La Sotonera reservoir.

Its location at the foot of the Pyrenees grants it major strategic value, especially in the fascinating and enigmatic context of bird migrations. The shallow waters and the shores, bordered with tamarix, accommodate hosts of species, and in the winter flocks of ducks and other aquatic birds make this their temporary home. It is easy to see the hen harrier and the Western marsh-harrier. However, the best season for bird-watching falls within the pre-nuptial migration, in late winter –in February and March–, when dozens of thousands cranes rest in La Sotonera and Alboré before flying over the mountain range on their way to the north of Europe. 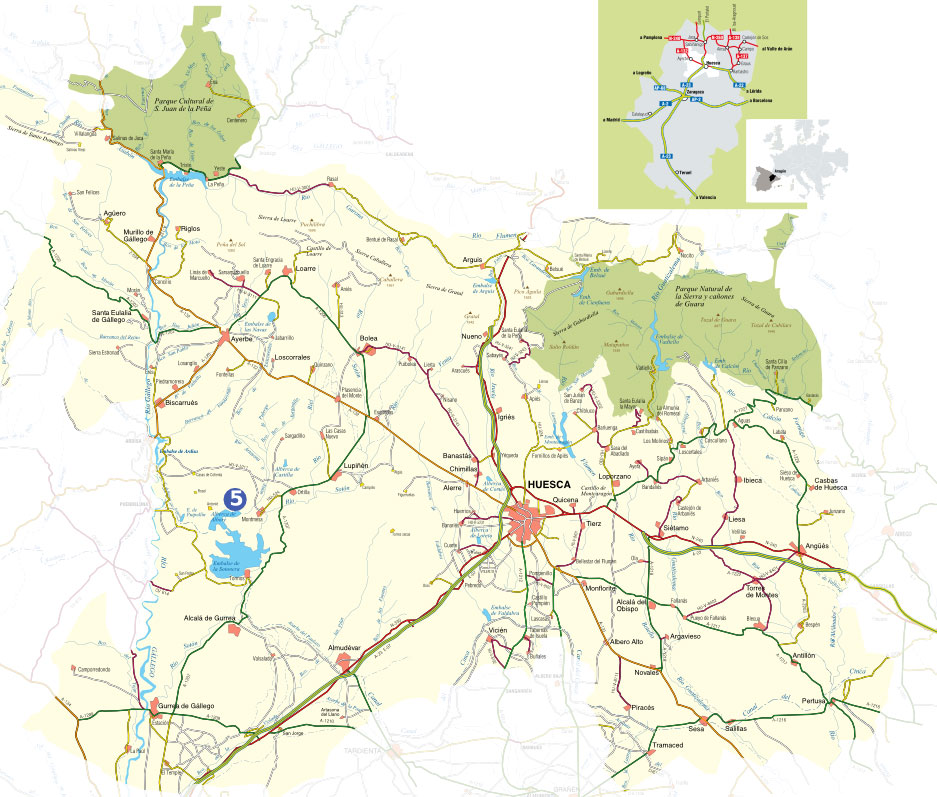