Among its architectural heritage is its church dedicated to Santa Ana, the 18th-century washing fountain, and the boundary cross, from the same period.

The San Mitiel tower sits on a hill between the village of Los Corrales and Fontellass. Due to its structure and layout, it is similar to other towers in the area, such as the watchtower in Tormos and the Islamic wall of Huesca (9th century). The tower, while difficult to reach, is worth the effort for anyone interested in its historical heritage. 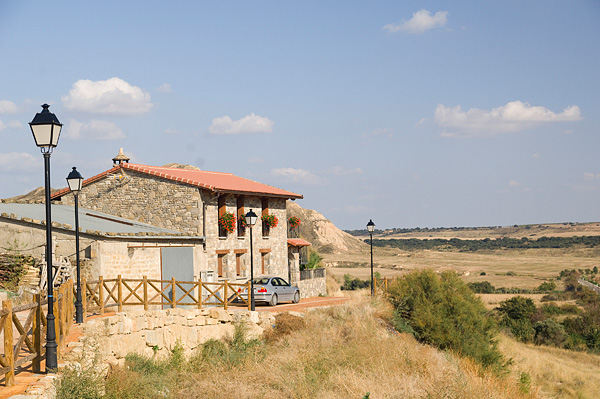 One of the longest trails in the region, in terms of both distance and duration, passes through the village, a short stop along the way. This is the trail that runs from the Sotonera reservoir to Sarsamarcuello; from one of the southernmost areas of the region to a marked northern point, giving hikers the chance to experience the profound contrasts between different landscapes and relatively close villages.