This park, called Parque de Huesca, was inaugurated in 1930 and is named after Miguel Servet, an illustrious theologist and thinker from Aragon, who was born in Villanueva de Sigena. As well as the perfect setting for a relaxing stroll, the park is an extraordinary botanical garden: it hosts almost 80 species of trees and shrubs including platanaceae, horse chestnuts, plum trees, cypresses, Aleppo Pine, magnolias, willow, holly trees, lime trees, black poplar, thujas, among others. There are unique specimens that make the park an exceptional location: a cork oak specimen, a peculiar crape myrtle, a very rare Ginkgo biloba, which Buddhists consider a sacred plant that is related to longevity and is thought to be a living fossil –270-million year old fossil ginkgo leaves have been found. The park features monuments such as Las Pajaritas (Little Birds) –made by Ramón Acín in 1929 as an avant-garde recreation of origami– which are a genuine symbol of the city; or Snow White’s house, a reproduction of the house that the seven dwarves lived in which accommodates a toy library. 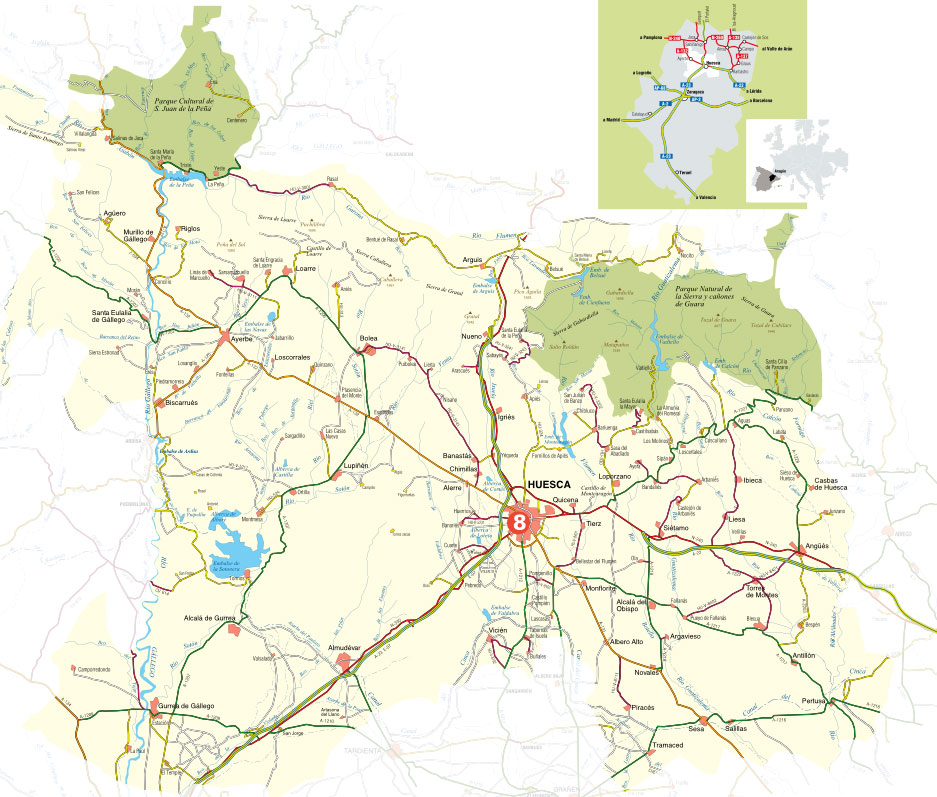